Is it all a part of Santa Claus grant master plan to kick-off the Christmas season? -To get supported by the businesses and helped with the delivery by human mankind? We can take a closer look… 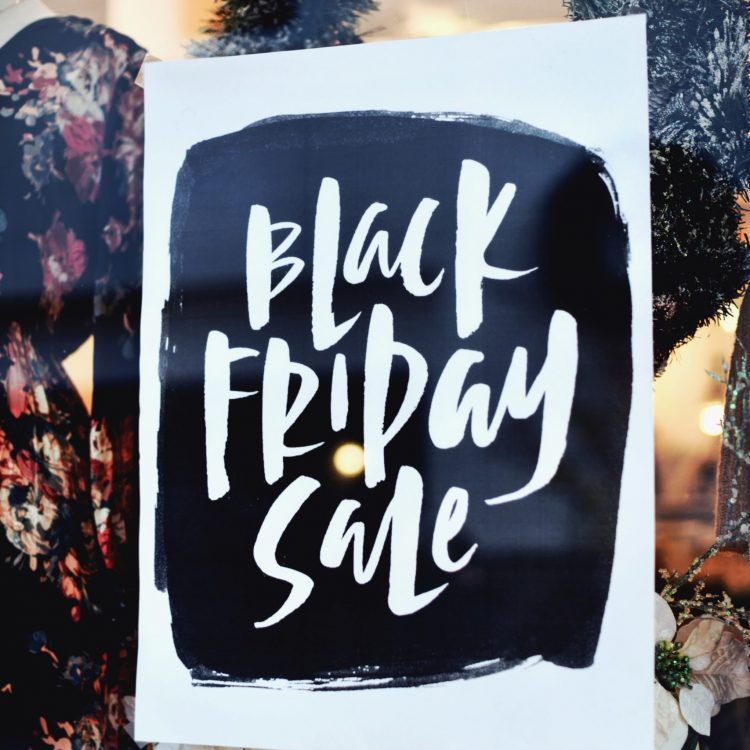 Corona or not the yearly big happening Black Friday, 27th of November, is knocking on the doors and screens! Black Friday, as usual, will be on a Friday after the American Thanksgiving, however, it seems like the start might be up for discussion nowadays. The version that we “celebrate” is dated back to 1952 when it was used to mark the start of the Christmas shopping season in the USA. Even before that time, the retail stores fought to find a solution to start earlier with the advertisement for the Christmas shopping season. Traditions were what held the retailers back to start the advertisement earlier and their sorrow was heard by President Franklin D. Roosevelt, in 1939. He issued a presidential proclamation stating that Thanksgiving should be on the fourth Thursday in November instead of the last Thursday. Eventually, it meant that some years the Christmas Shopping season would start earlier. Later it was reinforced by an act of the Congress and many adopted the change – and even named it Franksgiving! It can be a challenge to satisfy businesses in the long run and they will at some point start to push boundaries.

Pushing boundaries might be in their DNA and a way to fulfil their mission. If this is the case or not then “Black Thursday” is a thing. Retailers were pushing for earlier and earlier opening times all of a sudden. In 2009 Kmart chose to open at 7.00 AM on Thanksgiving to make it possible to “avoid” the traffic on Black Friday. A smart move and many other retailers picked it up in some fashion. Even that day, Thanksgiving (Franksgiving), ended up with a commercial, Black Thursday, together with its nicknames “Gray Thursday” and “Brown Thursday”. Laws can also be a challenge when it comes to opening times on e.g. national/religious holidays. Businesses using e-commerce are having an advantage over traditional brick and mortar.

Black Friday is having a younger copy named Black Friday, as well – so why the same name and why in general? No, there weren’t a lack of colours. It all comes down to Amazon.com that held a “Prime Day”, in July 2015, to make better deals or as minimum as good as the once on Black Friday (November). This evolved into Black Friday (July) since other businesses followed the example of Amazon.com – but of course, they needed another name for the sale to compete with the giant.

In the time between the two Black Fridays, the birth of Cyber Monday happened! It was given its name in 2005, nevertheless, it started to get recognized back 2003 (but without having a name – yet – so just the “Monday following Thanksgiving”). The retailers noticed that the customers were too busy and stressed about their shopping over the Thanksgiving weekend. The help was near to reach out for the once at home or work to continue the shopping with a focus on electronics. Dividing the (Christmas) shopping into different categories with a focus on different days could make the right bargains more available for the consumers.

The USA rooted businesses started to export Black Friday, among others, to the rest of the world. Salvation and conquest in the name of Santa Claus to help out the consumers of the world. The concept was welcomed in Romania, in 2014, and the campaign became in 2015 the biggest shopping event of the year. Black Friday is one week earlier in Romania than in the USA – they simply like to be upfront with the good bargains. In Germany, the concept was introduced back in 2006 by Apple, but named it “one-day shopping event”, nonetheless, others followed and named it “Black Week” and “Black Shopping”. The German customers spent more than $ 1.54 billion in 2016 including Cyber Monday. Black Friday has also been registered as a wordmark in Germany since 2013. Turning back to the North American continent, we find Canada that introduced the concept in 2008 and 2009 as “Vendredi Noir” to prevent shoppers from crossing the borders to the USA due to lower prices. This has heavily been influenced by the Canadian dollar and has been stronger compared to the US dollar. The Canadian retailers succeeded in 2012 to keep the majority of the shoppers and make them avoid travelling to the USA. Before Black Friday, it was “Boxing Day” that was the big day for consumerism in Canada. The USA and/or the businesses have forced the concept to conquer the world. The strategy is simple, extremely price cuts, and then it is for everyone to follow. The markets are more than ever connected and all consumers of the globe are segments in the target group. The Black Friday numbers and figures are huge – it simply became our new age consumerism tradition owned by everyone. It has been growing over the years and has entered new markets – and there are still some markets to pick.

The numbers don’t come without costs. There has unfortunately been reported violence and even death linked directly to Black Friday. Just in the USA, 12 deaths have been reported since 2006 and many more injuries. Everything from pressures in the queues, to blocking emergencies and fighting about the desired items. What should be seen as an “event” to secure the Christmas shopping season is nowadays met with demonstrations. Environmentalists are trying to fight against the overproduction of goods that contributes to climate change. The landscape has changed in 2020 due to the pandemic. There have been restrictions around the world to prevent large crowds to gather. This influenced the gameplay and we see a lot more e-commerce possibilities. This doesn’t come without a cost for the warehouses (and 3PLs) that suddenly need to scale up (also when it comes to efficiency) in every way to meet the rising demand.

The pressure might create superheroes but it will also create villains and losers. Consumerism might not be directly a part of the Marvel Universe but it will have its connections. “With great power comes great responsibility” – so bring kindness into the picture. Not only “these days” but the rest of the year as well.

The idea to spread out the consumerism events might take away some of the stress and its side-effects. Therefore we suggest making a Viking Day on the 21st of December to help out Santa Claus. Yes – businesses using e-commerce are having an advantage not only now but also into the future. This makes it possible for the sales to start whenever – and if you look out for yourself you will easily find offers. Black Friday is here to stay – regardless of which name used for the shopping event. I fought about buying something but I forgot what it was. Anyway, we “need” Black Friday – otherwise, it would not be around. True, the name hasn’t been explained… so the theory is that negative amounts show red and positive black.

It might even help out Santa Claus to balance his financial accounting.  Hopefully, everyone will win – look after each other.

Stay up-to-date and connect with us on LinkedIn. We are friendly Vikings both when it comes to formally and informally meetings. Hit the “Let’s talk” button so we can start our journey together. Glory and honour await us! Friendly regards, the Viking Consulting team

The company is based in Scandinavia and the team extends to even embracing more countries. We serve companies worldwide. Our foundation is based on the values: Be Brave, Be Prepared, Be A Good Merchant, and, Keep The Camp In Order. Therefore we see ourselves as business partners and friends of the clients, employees, companies, networks and the whole industry.

The eCommerce in 2021 and Its Trends for the Future #3

Ending the series of trends and forecasts for the eCommerce industry, we will see even more trends and features you can implement in a business.

The eCommerce in 2021 and Its Trends for the Future #2

Going on with the series of future and transformation of the online retail industry, we will dive right into more astonishing technologies implemented now by

The eCommerce in 2021 and Its Trends for the Future #1

Today, we are facing a pandemic that our current generations have never experienced. Its economic consequences are much worse and more frightening than all of

From the last article, you might learn a lot about blockchain. How it works in general, how it benefits Third-party logistic companies, and how it

Blockchain technology and the 3PL industry

Third-party logistics businesses are getting more dependent on technology and smart solutions. You may be baffled with how to operate your record-keeping or perhaps how

Any shopkeeper has at least once pulled through an obnoxious, unlawful situation. They may have dealt with a person caught on stealing. Or an unscrupulous

We Have Our Viking Settlements In:
Norway, Denmark, Lithuania, and Finland

Designed and created with ❤ by